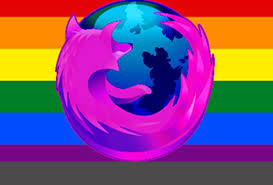 Alert: this article contains political issues and is based on personal opinions. If you are squeamish, please stop right now.

Mozilla Foundation announces the step down of his CEO, Brendan Eich, less than two weeks of his appointment.

Brendan is, no more and no less, the creator of Javascript language and co-founder of Mozilla project and Mozilla Foundation. Event though his impressive professional history and contributions to open source community were not enough to hold his position as CEO.

As Fox News reported, there was a big pressure by some employees and many comments on Twitter because in 2008 Brendan donated one thousand dollars to support Proposition 8, a state constitutional amendment to provide that “only marriage between a man and a woman is valid or recognized in California”.

No, you don’t read it wrong. I’ll translate: a few gay right militants could not live with the idea of working to someone who thinks differently and six years ago used his own money in something they reprove.

And things are getting worse. Bumbling articles, trying justify all that, claimed that “Eich’s stance was unacceptable in Silicon Valley, a region of the business world where social liberalism is close to an universal ideology”.

Translating again: you are unacceptable to such duty unless you are a liberal and, as a consequence, support same-sex marriage.

I wrote this article because this is just one of many cases of intolerance inverted around the world. Alleged victims persecute and attack the “intolerant”. So, if most of the workers of a company are conservatives, can they fire their boss because he is a liberal?

I’m a Christian, on right politically, against socialism and communism, advocate of homeschooling and moderate children physical discipline and so on. Besides that, I don’t judge the professional capability, intellectual faculties or the character of my colleagues by their personal positions that certainly are different and diverse, neither I use ploys against them.

I have no problems in lead or be leaded by people that think differently. It’s part of someone’s maturity and ethics be careful in speaking about personal convictions in order to not offend others. The problem is, in today’s world, it’s not a two-way street. Soon I will renounce because someone will search out the internet to something “controversial” I published in order to demoralize me.

We live in an upside down world. Kids try to subject their parents, students their teachers, criminals the officers and minorities the majorities. Anyone who feels like a victim, offended by any reason, think he has the right to attack everyone. Grownup people are short.

I am for freedom, but not only of liberals. I am in favor that we could be free, both you and me.

Practicing my right to no longer use Mozilla Firefox anymore

For now, I can only use my right to no longer use Firefox and democratically talk about my position and invite you to do the same.

Do not support an institution that discriminates their employees by their personal convictions.

Do note participate in liberal fascist groups or discussions, that do not tolerate nothing unless their own ideas.

News about this blog!