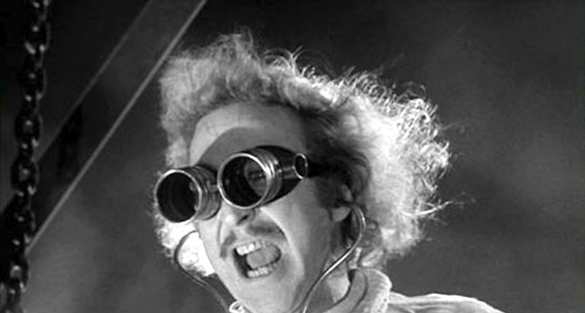 After a few years working on IT, always learning new things, I think I came to a point where I have a reasonable experience. However, I noticed that talent and effort aren’t equivalent to professional growth and recognition.

My influence as professional were only over my small circle of colleagues, inside my company. For the rest of the world, I was just nobody.

No, it’s not about fame I’m talking about, but in showing who really I am. If someone put my name on Google today, what he/she will see? An unknown? Or a professional respected by what he does, knows and is?

At the beginning of 2013 I decided to start a personal and social experiment, taking the heat for exposing myself.

In the first 5 years working with IT there weren’t one day when I haven’t studied or created something different, even if it was one simple pattern applied to one simple class. But even then I often felt kind of stagnated.

On the other hand, sometimes there was a “wave of maturity”, when I felt a sort of adrenaline rush realizing I was improving a lot and fast. But, as the time passes, the growth stops and soon the stagnation shows up again. In order to start it again it was necessary to reinvent myself time after time.

Despite of it, though I was distinguished inside my small circle, I was nobody for the IT community. There wasn’t anyone outside my company who knew my reputation, nothing online that proved something about me.

How to overcome that?

One of the major “waves of maturity” occurred to me while I was writing a paper about software estimation at my post graduation (specialization) course. My advisor professor was Dr. Ítalo Vega. In each analysis of my text, he explained concepts far beyond what I had learned in college or reading books. I learned so much about how critical thinking works and about the difference between objective versus subjective arguments. I can say my entire worldview was affected, the way I thought about facts, evidences, and opinions.

What happened there? What started that evolution? I could comprehend the following main points:

How could I reproduce that experience?

The first action: this blog

With my mind blowing with new ideas and a new vision of IT acquired from my specialization, my first act was to start this blog.

I had a double intent: help less experienced professionals and disseminate a few things I had learned. This way, if one wants to know who Luiz Ricardo is, he just would need to spend a bit of time reading through this page to have a good idea about my profile, experience, depth. I can say these goals was and are being achieved.

But there’s a problem with the blog (as any website): isn’t not enough to publish content online. I had to interact with good professionals, so I decided to join…

Knowing about communities like GUJ (Grupo de Usuários Java, Java User Group) and StackOverflow, I bet it would be an interesting way to asset my knowledge. Could I help other professionals as I did with my colleagues? Or did my knowledge is restricted to my small workplace?

My first “target” was GUJ Respostas, a platform like StackOverflow, different from traditional forums. Users ask questions and others answer them. Users can vote for or against questions and answers. Clarifications can be made via comments. For each vote received, the user that asked a good question or gave a good answer earns a few reputation points. Votes against questions or answers subtract points from the user.

As I started answering questions, I had a few snags. When we deal with someone personally we can hear the problem and ask or check whatever we want. At distance, it’s necessary to pay attention to details, suppose correctly, and realize that if we write nonsense someone will be there to point this out. It’s a good training to the Chrystal Ball all good software engineers must own.

I joined GUJ Respostas in October, 2013. Three months later I reached the first position in the rank.

Some time later, on December 13, 2013, the Portuguese speaking community version of StackOverflow began. I joined since the first day of private beta!

StackOverflow is a community with goals like organizing and centralizing information about programming and related issues, though there are other interesting communities sharing the same ideal on StackExchange network. StackOverflow is more demanding about the content, moderators act boldly to maintain the level of quality.

I don’t need to say that I had some issues in the beginning. But, once more, exposing myself to other professionals I was susceptible of analysis and critics.

In the end, the results were also very positive. After three months of active participation I reached the first position in the rank.

Review of the experiment

Obviously, reaching the first place on both sites doesn’t prove at all I’m better than any other user. This isn’t also an objective qualifier of my skills.

However, at least I can say as a professional I was useful to many people, I have a fairly wide and deep knowledge, enough to help in different areas. 😉

I also won confidence before interviews and discussions about technology in general.

Furthermore, many times I was criticized. With good reason in some occasions, not so much in others. Sometimes other professionals answered better. Little by little, I compared my approach with theirs and improved my reasoning and thought process.

I don’t know for how long I’ll be in the first position on these sites. Indeed, it doesn’t matter. Perhaps I’ll spend my time in other activities to get better in different aspects. But it certainly was a great experience!

Conclusions for the reader

I believe those principles mentioned above count for every professional, namely:

Even good professionals can get out-of-date and alienated. Make sure you have contact with different IT subcultures and increase your contact list. This can bring many benefits to your career, and I’ll list two of them:

Is it worth repeating my experiment?

Participating in developer communities is a valid way to help remote colleagues and gather knowledge outside your daily environment.

However, I don’t recommend invest too much time or impose on yourself to reach a specific position in the rank.

There are other ways to improve yourself professionally. This is only one of them. Maybe, in your case, it would be better read those dusty books on your shelf, make a specialization course, or participate in open source projects, where your code will be assessed by more experienced developers.

The important thing is: always reinvent yourself and don’t stand still!